After we had finished setting up the website and editing the documentary, there was one fundamental step left before the project could be called complete: sharing our observations with the Finnish, Russian and Estonian residents of the regions we had travelled through. To this end, we organised a cycle of 20 screenings in 20 symbolic locations around the Gulf of Finland as part of the events of Turku and Tallinn 2011.
Among these locations were the passenger terminal of the port of Tallinn, which thousands of passengers headed for Helsinki and St. Petersburg pass through every day, the Alvar Aalto Library in the Russian city of Vyborg, which used to be a part of Finland, a village on the outskirts of St. Petersburg that is still home to a number of survivors from the Finnish minorities persecuted under Stalin, and a Finnish-Russian school on the border between the two countries.

At these 20 locations, the film served as a springboard for discussions on issues of identity, belonging and memory with people of different origins and generations.

““I asked you why you made this film because it moved me deeply. I have Finnish, Russian and Karelian roots; I am Estonian. And you have succeeded in telling, in a delicate manner using powerful symbols (for those of us living here) something true.” 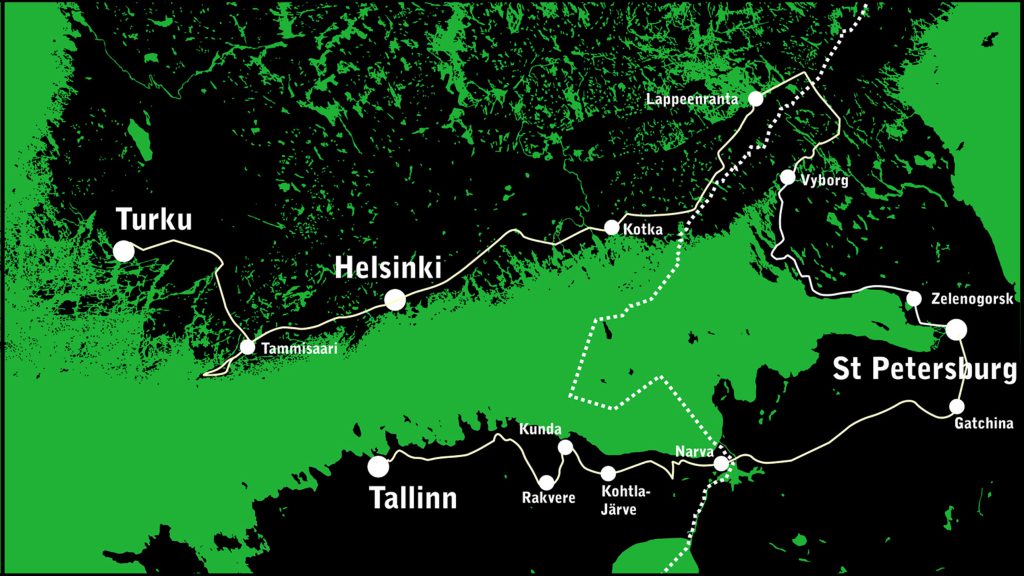